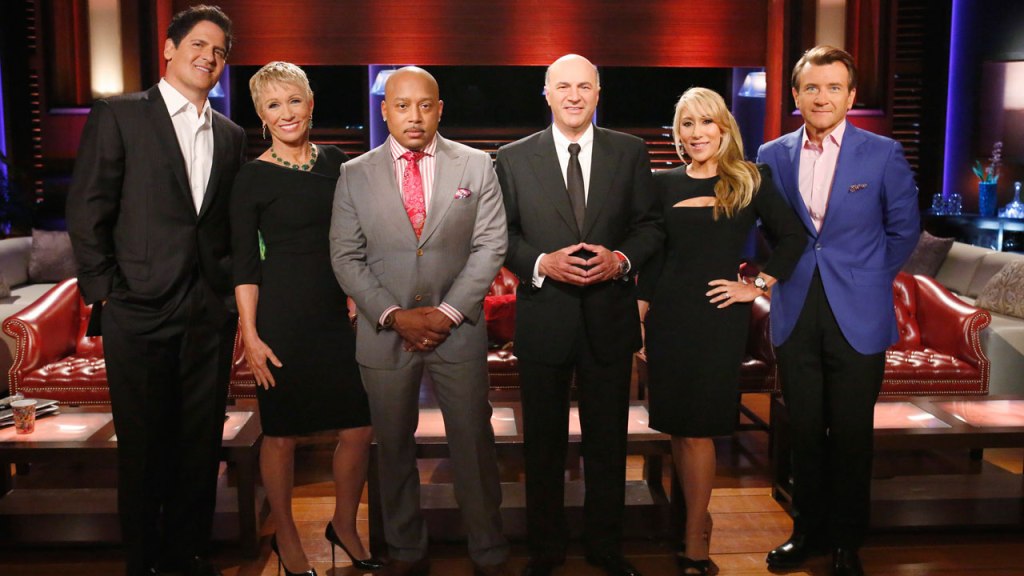 And Episode 12.04 has been entered into the books. This was a pretty average episode of Shark Tank, no multi-million dollar deals like chirp. from last week. But the sharks do have a tendency to think that entrepreneurs that are successful in other things won't dedicate time to the company that they're pitching. This almost happened with Jada Spices just like it almost happened with Sanaia Apple Sauce in Season Ten. Fortunately for all, one shark in each instance came through.

A company that makes something called "Chicken Salt" and a new plant-based "chicken" product.

A way to hide toys and treats for people inside a cake!

An electric kitchen knife that will make people feel like a lumberjack because it looks like a chainsaw.

A kickstand for cellphones that also allows them to stick to things.

An adult swaddle for those who need a little hug.

A fishing lure that, well... moves like a real fish!

A cereal bar that wants to feed people a staple of the most important meal of the day.

A new kind of roller with quite the price tag attached. For the sharks.

A clothing subscription service that will send women monthly panties.

Oatmeal that you can heat and eat on the go because it's in ball form!

A new way to pick up poop with your hands without, you know, getting it on your hands.

A healthy new snack food from a very buff and very smart guy.

A nice little product for the home to keep paint wet in a container smaller than a full painter's bucket. A quintessential Shark Tank product.

A way to ensure that drivers of electric vehicles don't get "range anxiety" by providing them a charge where ever they are.

A spray that will kill bacteria and viruses on someone's clothes to keep the bad things at bay.

An outdoor blanket with a mission but a very, very high pricetag.

What is Stats For Sharks? Stats For Sharks is a data visualization project based on the popular ABC television show Shark Tank. Statistics for each deal on every episode of every season have been collected and organized into a database that we use to display charts that might reveal information never before realized about what happens on the show.

What deals are outside the norm? How far outside are they? Stats For Sharks hopes to illuminate these questions by revealing data on each deal made within the context of the deal's season, category, and shark.

Stats For Sharks is not trying to provide hints as to which deals are most likely. Certain patterns have been revealed with over nine seasons on the books but, as with any investment, the investor makes decisions on a variety of factors that may not be (and probably isn't) represented here. Future participants on the show should not use the data here as a guide for making a deal.

Stats For Sharks is in no way associated with ABC, the producers, any companies mentioned, or any of the sharks. However, we are totally willing to sell out. Please contact us if you're interested.